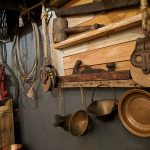 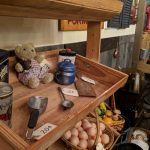 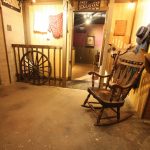 It’s the morning of October 5th 1892 and your group of weary travelers just spent the night in The Boarding House in Coffeyville Kansas. Your first stop of the day is the local saloon to whet your whistle for the long dusty ride ahead of you The streets of Coffeyville are full of shopkeepers starting their day, and residents busy with errands.

Five horsemen are just riding into the far end of town. As you’re enjoying your grub and drink you suddenly hear shouting in the street. Alex McKenna, storekeeper, has noticed the five horsemen and, even though they are wearing disguises, he recognizes them as the local band of outlaws – the Dalton Gang. As he watches them split up and head for the two local banks, he knows what is about to happen and sounds the alarm – shouting out “The Daltons are robbing the banks!! “

The residents of Coffeyville are going to need your help to stop Bob, Grat and Emmett, Bill Powers and Dick Broadwell – the Dalton Gang. Can you relive the true story of the Dalton’s last ride in Coffeyville? Help the town stop them from escaping as they head down Death Alley.