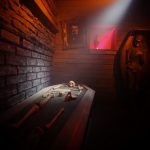 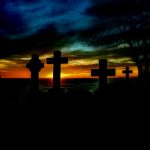 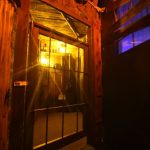 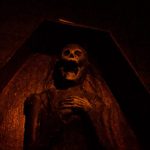 Recently, unusual events have been noticed on the outskirts of town at the Elmwood Cemetery and the adjacent abandoned caretaker’s house. Townspeople have long told stories about strange activity over the years but have put it off as pranks and folklore of secret passageways that allowed movement between the living and the dead.

It seems that many people have seen strange shadows and movement in the darkness of night. The boarded up caretakers house has been seen with lights flickering and shadows on the window indicating activity inside, even though the power has been shut off for years.

Even worse, it seems people have been disappearing suddenly. The local residents are starting to panic and have gathered at the entrance gates to investigate for themselves. They have split into teams to cover the North and South entrances to the cemetery. Take heed! Solve the mystery. Do NOT overstay your welcome. Avoid becoming the newest resident of Elmwood.

Check out our other ESCAPE ROOMS